Travel. Your way! But we'll guide you along the way!

Why would anyone want to go to Cuba?

Of course, there was the appeal of warm weather in February, the sound of rhythmic Latin music, and very affordable prices.

But my main reason for visiting was to experience for myself what Americans had been forbidden to engage for so long- the Cuban people themselves- and to examine first hand “the other side of the coin” as our Cuban government guide explained.

I was to gain a better understanding before I departed this most precious jewel in the Caribbean island group known as the Greater Antilles.

Sunny Cuba is its largest island and was first spotted by European eyes by Christopher Columbus on his maiden voyage to the New World in 1492.

When I arrived in Havana- the bustling Capitol of over 2 million- the temperature was in the upper 80’s and humid.  I was told there are only two seasons in Cuba- Hot and Hotter.  Summers can be unbearably hot but the abundant warm sunshine I felt on my face was a welcome feeling to this traveler from the frozen North.

Cuba has been a Socialist nation since Fidel Castro overthrew Dictator Fulgencio Batista in 1959.  Images of Che Guevara and others who led the Revolucion are still present throughout the country.

In fact, I was reminded I was not in a democracy when my bag was searched at the airport and I was asked to explain why I carried a book on the American free thinker Buckminster Fuller with me.

I shrugged my shoulders and they eventually returned it to me but it was my first reminder I would not be allowed all the privileges of democracy.

I was meeting a group of my fellow professional tour directors for a 5 day “educational” people to people exchange and, as with all American tour groups, would be accompanied by a Cuban Government guide.

Traveling to Cuba by Americans is easiest with groups and all itineraries are pre-approved by the Cuban government and strictly monitored.  There are no visas issued for lounging on the beach.

That being said, I was immediately immersed in the colors and sounds of a lively city where music and friendly people abounded.

Classic American cars from the 1950’s still roll on the streets of Cuba and I was whisked away to meet my group in a cherry red 1952 Dodge taxi.  An estimated 60- 75, 000 classic American cars of all makes and models are lovingly maintained by proud Cuban owners. 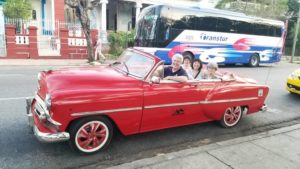 In order to further understand the average Cuban, we all stayed in private homes known as casa particulares.  Akin to our bed and breakfast. My host Eduardo was up each morning to cook a full breakfast for me and the other guests complete with eggs, tropical fruits and juices, baked goods, and meats.

Our tour began with a walk around the Old City in the harbor area of Havana where today huge cruise ships dock allowing a flood of international tourists to explore the shops, restaurants and historic buildings.

We enjoyed a cooking class and mojito lesson at one of the privately owned restaurants which are popping up now among the state-owned establishments.

Things are slowly changing in Cuba.  In fact, a new constitution was approved on February 24th (my birthday) which allows for a Prime Minister along with a President and human rights such as same-sex marriages among other changes.

However, it also contained language ensuring the Socialist form of government remains in place which many Cubans still favor because of benefits like the national healthcare system.  There are no private hospitals or clinics as all health services are government-run providing services to all at no charge.

Cuba’s healthcare system is a source of pride for the government.  However, well trained, capable doctors are paid at the rate of $67 a month while nurses top out at $40.  Don’t be surprised if your cab driver is a professional trying to make up for their meager salary.

The crime rate in Cuba is very low and I never felt unsafe walking around Havana or in the countryside.  Guns are not allowed and stiff prison sentences are enforced for violators of Cuban law.

Ernest Hemingway spent many happy years living in Cuba and his hotel room in the city and his country estate are prime tourist attractions.  His famous novel “The Old Man and the Sea” was written about a Cuban fisherman.

Music is in the blood of the Cuban people.  We attended a special program by the “Orchestra of Guitars” performed by children between the ages of 9 and 21. They invited us to join them in dance to the Latin beat. We were allowed to give them gifts in appreciation.

The Arts are encouraged by the government including dance, ballet, and painting.  Sports are also an important part of Cuban culture with baseball, boxing, and soccer being the most popular.

The final two days of our trip were spent in the town of Vinales about a 3-hour drive from Havana.  It is a UNESCO World Heritage site because of its unique geological rock formations known as Mogotes.

Here we toured a traditional farm where tobacco is still king and watched an expert roll cigar by hand from the dried leaves in his barn.  Farmers are allowed to sell 10% of their cigars directly while 90% must be sold to the state.  Cigars bought directly from the farmer can be as little as $1 apiece.

Cuban rum is everywhere and is extremely inexpensive coming in dark or white varieties.  I purchased one bottle of each to take home for a total of $15. The locals’ joke that Vitamin R (rum) is an essential part of good health.

Much too soon it was time to leave this island nation but what I had experienced and learned here will always be remembered among my favorite travel adventures.

I traveled with Daiquiri Tours based in Miami and was quite pleased with their itinerary and personnel.  For more information go to www.daiquiriusa.com.

Pauline and family- London and Paris

The Sanchez family would like to send a heartfelt thank you to Daiquiri Tours in Miami Springs for organizing and booking an Amazing trip for us to London and Paris. No detail was left undone and we were able to just sit back and enjoy the vacation following their wonderful itinerary!! 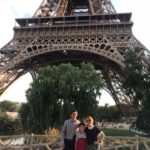 I had the pleasure of working with Annette on 2 Euro trips. The first one was for our 10 year anniversary. My husband and I went to Italy. Annette made it so easy for us. She made all of our reservations and planned the entire trip. We just had to show up! The next trip… Read more “Jackie- Europe Trips” 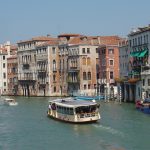 The BEST Ever Havana, CUBA Tour. Annette was excellent! She arranged our tour, gave us an excellent itinerary, and they actually over delivered. Our group of 18 was more than satisfied with the historical overview of Old Havana on our walking tour, we had a delicious Cuban meal at a very nice restaurant, and the… Read more “Carolyn-Cuba” 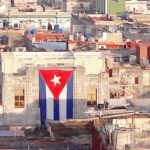 We had a great trip and loved the itinerary you had set up for us. Gaby is fabulous and definitely made our experience way more interesting and special (we got super close with her and are definitely staying in touch). The casa particular was beautiful! The family was super helpful and nice, giving us a… Read more “Miriam- Cuba” 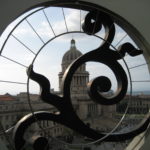